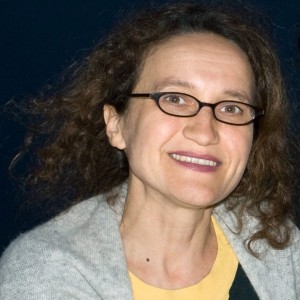 Iwona Biedermann is a photographer and independent curator of an artist-run gallery/studio. She holds a degree in photography from Columbia College and her photographic work includes documentary, editorial, portraiture and fine art.

In 2003, Biedermann opened the DreamBox Foto Studio and DreamBox Gallery in Chicago.  Its mission is to create, inspire, and be inspired by the cultural exchange between artists and their creative currency: Word | Image | Idea.

In her documentary photographs, Biedermann captures the ties that bind spiritual communities, families, and cultures, focusing on similarities of human experience.

She has taught photography privately as well as for nonprofit youth organizations and she has been a visiting artist at Columbia College and Loyola University.

Recognized through many awards, (Individual Artist Support Initiative, Illinois Art Council 2012, Artist Fellowship, Illinois Art Council 2007, Commission from Public Art Program 2002, Illinois Humanities Council Grant 2001, City of Cultural Affairs Grant 1997, Eddie Adams Workshop 1995,  her work has also been a part of many exhibitions including Beyond the Veil: Nuns at Home at the Polish Museum of America in 2002, Catholic Chicago at Chicago History Museum in 2008 and Between the Lines of Beauty, Think Art Salon in 2011. Solo exhibitions include Divine DisComfort at Arsenal Gallery, Poznan, Poland in 1999, and Elmhurst Museum in 1998.